We’re all familiar with Google as it always bring us exciting products and we have to spend a lot of time on their pages every day. Recently, BusinessMBA created a new Google Infographic, which provides a visual way to let us know more about Google behind the numbers. 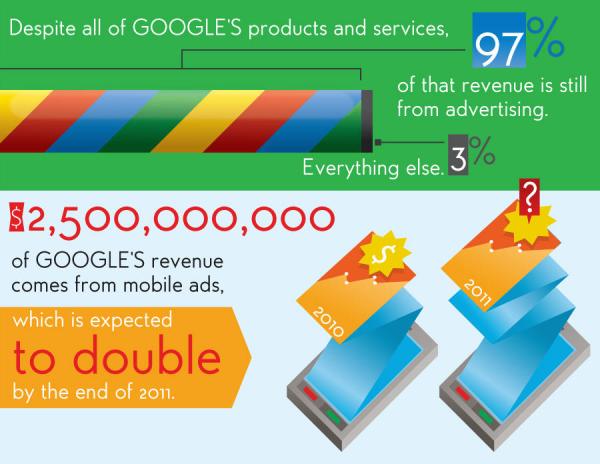 In 2010, Google had $29.3 billion in revenue. To put things in perspective, this is more than the GDP of the 28 poorest countries… combined! Despite all of Google’s products and services, 97% of Google’s business revenue is still from advertising. Google has made a major push to capitalize on the growing use of mobile phones. $2,500,000,000 of Google’s ad revenue comes from mobile ads, which is supposed to double by the end of 2011. 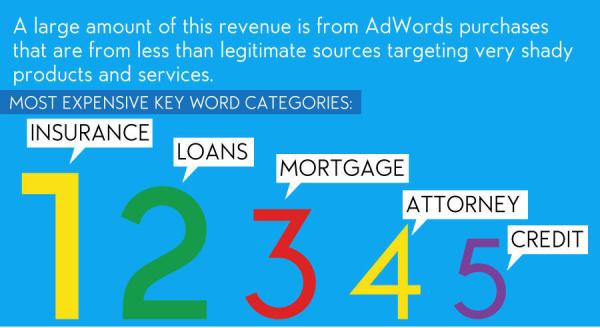 A large amount of Google’s business comes from selling ads through AdWords that are sometimes from less than legitimate sources targeting shady products and services such as attorneys, insurance, pay day loans and credit cards. In September, Google was fined $500 million for knowingly allowing Canadian pharmacies to advertise prescription drugs to US residents. 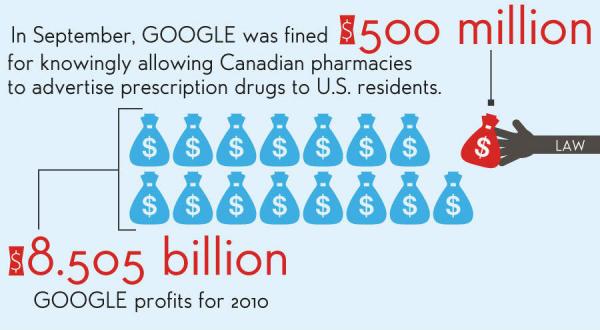 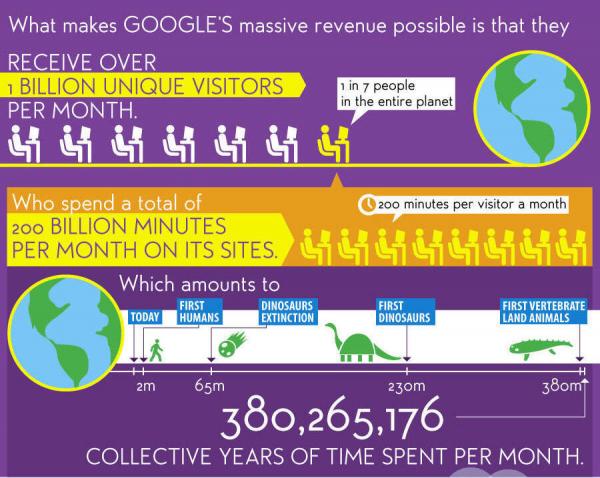 What makes Google’s massive revenue’s possible is that they receive over 1 billion unique visitors per month or 1 in 7 people on the entire planet. Collectively, these people spend over 200 billion minutes (380,000 collective years) on Google’s websites. That’s over 200 minutes per visitors per month. 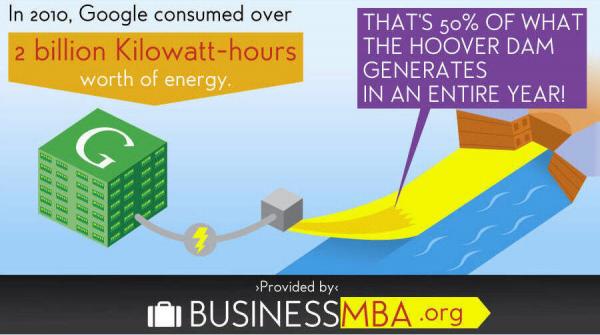 To make all this possible, Google consumes over 260 million Watts of continuous electricity to power its data centers. This amounts to 1/4 of of the average nuclear power plant’s output. In 2010, Google consumed over 2 billion Kilowatt-hours worth of energy. That’s 50% of what the Hoover Dam generates in an entire year.